How to avoid this common IRA rollover mistake

How to avoid this common IRA rollover mistake 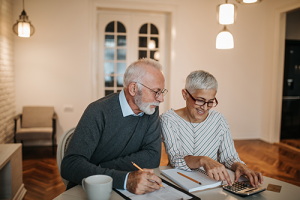 The once-per-year limit on IRA-to-IRA rollovers is a terrible trap for unwary taxpayers. It’s easy to fall into, but also easy to avoid.

Or, more tragically, Individual B who is losing mental capacity takes distributions from his IRAs without being aware of the financial effects. A guardian is appointed for him and tries to roll the money back into B’s IRAs, but the once-per-year limit would apparently permit only one such distribution to be “rolled back.”

Unlike with missing the 60-day deadline for completing a rollover, the IRS does not have the ability to waive the once-per-year limit in cases of hardship.

Here is a list of all known ways to avoid this trap:

The limit does not apply to transfers to or from a non-IRA account. There is no limit on how many times an individual can “roll” money between an IRA and a qualified plan (such as a 401(k) plan); § 408(d)(3)(B) applies only to IRA-to-IRA rollovers. An individual who finds himself receiving an IRA distribution that he cannot roll back into an IRA because of the once-per-12-months limit can roll the money into a 401(k) plan with no problem. Of course that assumes the individual is a participant in a 401(k) plan that accepts rollovers from IRAs. In other words, this doesn’t help many people.

Roth conversions are not subject to the rule. Someone stuck with a second IRA distribution and unable to roll it into any account because of the rule can convert it to a Roth IRA. She will have to pay tax on the distribution, but at least she will still have her money in some kind of retirement account.

Rule does not apply to “restorative” payments. When an individual receives money from a lawsuit judgment or settlement for transactions that occurred inside his IRA, the payment can be deposited back into an IRA without regard to the once-per-12-months rule.

For full details on the once-per-12-months limit, see IRS Publication 590. We recommend that you consult a tax professional if you’re considering an IRA rollover.

What to do when your income reaches 7 figures

Have you formalized your charitable giving strategy?

Client note on volatility and inflation

New Cancellation for Federal Student Loans and Delayed Repayment to 2023

Now Might Be a Good Time for a Roth Conversion

A Decision Not Made Is Still a Decision

The Fed, Inflation, and Volatility

Holding stocks for the long term